PeakDo manufactures wireless display products that use 60GHz mmWave technology to enable high-speed, low-latency video transmissions between devices at distances of up to 100 feet.

Now the company has launched a crowdfunding campaign for a handheld gaming console that uses the same technology so you can basically play PC or console games without sitting in front of your gaming PC. The PeakDo handheld is available for pre-order through a Kickstarter crowdfunding campaign and is expected to ship to backers in March 2023. 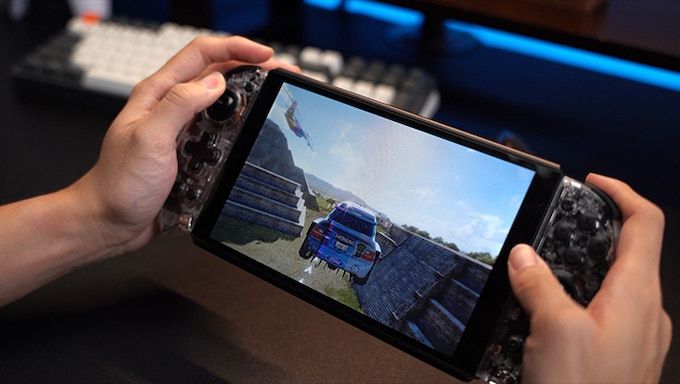 While PeakDo’s handheld superficially resembles many other handhelds we’ve seen over the past few years, it’s unlike anything else on the market right now. Basically, it’s a 380-gram device with a 7-inch Full HD display, detachable controllers, and minimal specs or software.

PeakDo says it has “no built-in CPU and SDRAM,” which is almost certainly not true. But the general idea isn’t far from the truth, because while there must be some sort of processor that controls the basic functions of the device, it’s not supposed to be powerful enough to handle gaming or most other tasks.

Instead, the device has a mmWave radio and comes with a mmWave dongle that you plug into a gaming PC or game console. The company says it lets you stream games from your computer to the device at speeds of up to 3.96Gbps and latency of less than 2.5ms, offering a smoother experience than you get when streaming received from games over Wi-Fi or cellular connections.

According to PeakDo, the system should work with PlayStation 4, PlayStation 5, and Xbox consoles, as well as gaming PCs.

The display is a 1920 x 1080 pixel IPS LCD display with a 60Hz refresh rate. The controllers slide in and out along the sides of the device, much like a pair of Nintendo Switch controllers. In fact, you can even use Nintendo Switch joy-cons with the Peakdo handheld since it uses the same connection mechanism.

What’s interesting is that the Bluetooth controllers aren’t actually connected to the display unit… instead, you pair them directly to your gaming PC or console, which should help reduce latency.

The handheld also features an 8,000mAh battery, two USB Type-C ports (one for charging and one for data), and a 3.5mm audio jack. There’s also an HDMI input, allowing you to use the unit as a second screen for your gaming device without having to rely on the mmWave wireless connection.

OK, ready for the downside? First, the system works from up to 100 feet away…but requires a direct line of sight between the mmWave transmitter and receiver. So if you were hoping that the PeakDo handheld would let you play games around the house without moving your gaming PC or console, then you’re probably out of luck. This is more of a system for flopping on the couch without sitting in your gaming chair. And… maybe that’s something someone is willing to pay for?

But how a lot of Would you be willing to pay for this convenience? Because the handheld games console PeakDo mmWave has an expected list price of 498 US dollars. While crowdfunding, it currently costs $324.

Both prices seem pretty high considering you can buy a full fledged handheld gaming PC like Valve’s Steam Deck for $399 and up. While the Steam Deck might not be able to handle every title you might run on a high-end gaming PC, it’s a device that doesn’t need to be wirelessly connected to another gaming system to function. And if you want to beam games from a PC to a Steam Deck, you can do that with Steam In-Home Streaming. Sure, it’ll be a WiFi connection rather than mmWave, but again, how much is mmWave streaming worth to you? 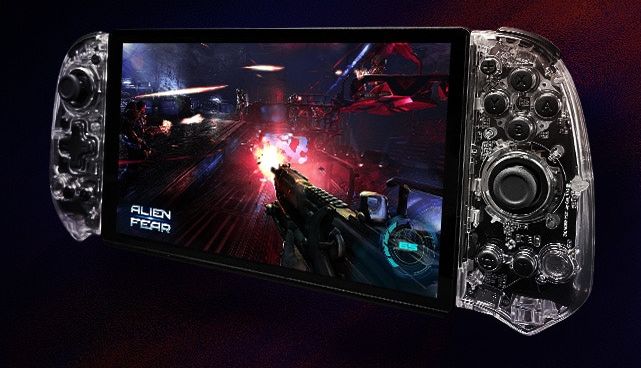 And if game streaming is your thing, the PeakDo handheld will compete with products from better-known companies, including Logitech G Cloud and Razer Edge, both of which are designed to stream games over the internet – no line-of-sight required. They’re also both Android-powered devices, which should be able to handle at least some native gaming without the need for an internet connection.

Anyway, if you’re wondering if the PeakDo handheld at least delivers what it promises, the company has sent out a few demo devices to prominent YouTubers, including ETA Prime and Taki Udon, both of whom seem pretty impressed.

MW2 Raids vs. DMZ – what are the newest modes of Call of Duty?

The absolute best gaming CPUs you can buy in 2023