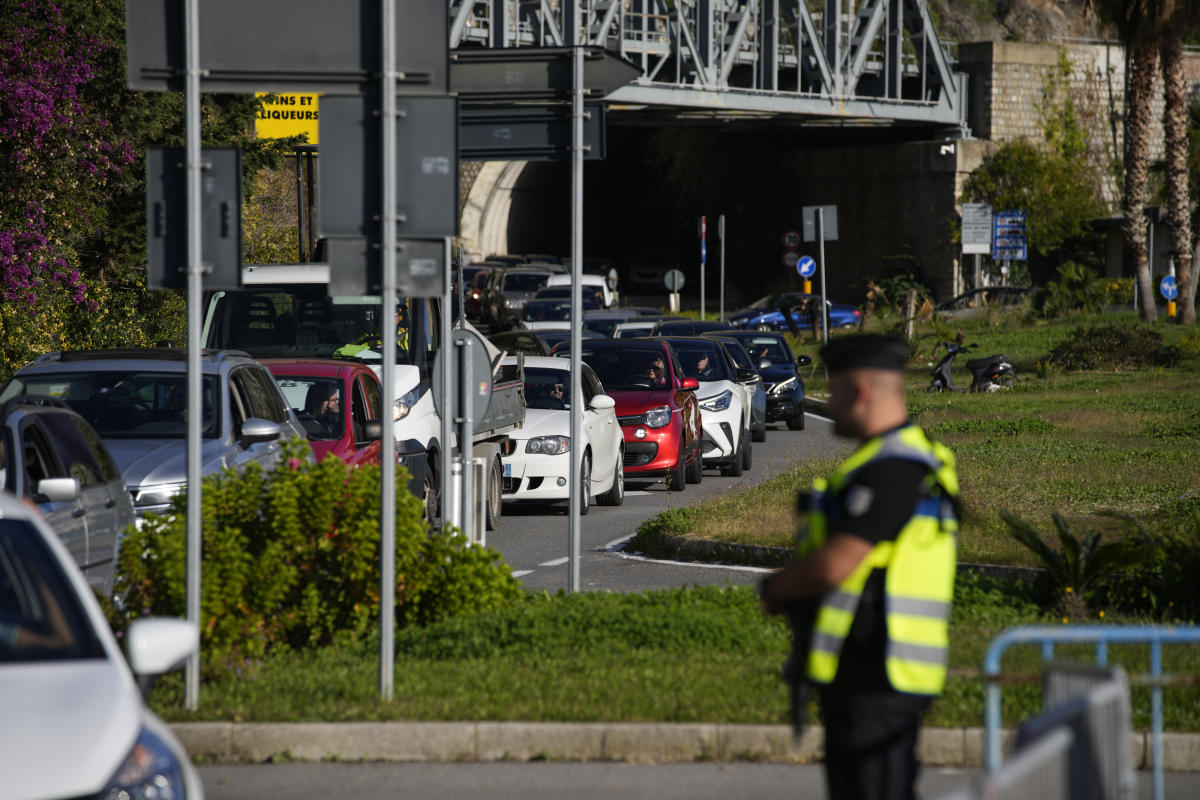 ROME (AP) – Lines were formed at Italy’s northern border crossings with France on Sunday after Paris decided to step up border controls over a diplomatic row with Italy over migration policies and humanitarian rescue ships that shows no end in sight.

The Ventimiglia-Menton crossing along the scenic Mediterranean coast has often been a focal point of the migrant debate, with makeshift camps offering shelter to migrants attempting to cross to France after arriving in Italy. Several dozen migrants slept on mattresses under a motorway overpass on Sunday morning – numbers that could swell if France cracks down on crossings.

France this week said it would send 500 additional officers to strengthen its borders with Italy and announced “serious” passport controls in retaliation for Italy’s delays in assisting humanitarian ships rescuing migrants in the Mediterranean. Police checked cars crossing the border, stopped migrants and patrolled trains on Sunday.

After a weeks-long standoff, Italy allowed three aid groups to disembark their passengers in Italian ports because doctors determined they were all at risk, but refused entry to a fourth. The relief ship Ocean Viking, which had been at sea for almost three weeks, finally docked in Toulon, France, after Paris reluctantly took it on board.

Italy’s new far-right government, led by Prime Minister Giorgia Meloni, has vowed Italy will no longer be the main port of entry for migrants departing from Libya on smuggling boats and is urging Europe to do more to shoulder the burden and help aid groups regulate the rescue ships operating in the Mediterranean.

France slammed Italy’s handling of the Ocean Viking, which was accompanied by triumphant social media posts from right-wing Lega party leader Matteo Salvini saying “the air has changed” before France publicly agreed to host her.

In retaliation, France announced it would withdraw from a European Union “solidarity” mechanism approved in June to relocate 3,000 migrants from Italy.

Italy called France’s response “disproportionate” and “aggressive” and won the support of other frontline Mediterranean countries including Greece, Malta and Cyprus. The four countries issued a joint statement on Saturday calling for a new, mandatory solidarity mechanism to take in migrants.

In addition, the four countries called on the European Commission to start talks on better regulation of private rescue ships.

“Fines, confiscations and further controls in sight,” Salvini tweeted on Sunday about threatened new measures against charity rescue ships. “The government is ready to crack down.”

On Sunday, German Ambassador to Italy Viktor Elbling defended the aid organizations, saying they are helping to save lives and that “their humanitarian efforts deserve our recognition and our support”.

“In 2022, 1,300 people have already died or disappeared in the Mediterranean. NGOs rescued 12% of survivors,” he tweeted.

German groups Mission Lifeline and SOS Humanity were able to disembark all their passengers in Italy last week, and the Bundestag budget committee decided to allocate two million euros to another group, United4Rescue, for civil sea rescue in 2023 with similar funding in 2026.

Italy justifies its hard line by saying that it has already taken in almost 90,000 migrants this year, far more than any other European country. However, only a fraction of them stay in Italy and seek asylum, with most continuing their journey north hoping to reach relatives and more established migrant communities in France, Germany, Sweden and elsewhere.

France is far superior to Italy when it comes to processing asylum applications. Data from January to August shows that Germany received the most applications this year with over 100,000, followed by France with 82,535. Italy is in fifth place with 43,750 applications, behind Spain and Austria.

French government spokesman Olivier Veran reiterated on Sunday that France would no longer take in the “just over 3,000 people from Italy, including 500 by the end of the year” under the European solidarity mechanism. He called Italy the “loser” of the scenario.

“We will not go ahead with the proposed proposal,” Veran said on BFM TV.

Follow all AP stories on global migration at https://apnews.com/hub/migration.

Stocks fall as US crude gains on China hopes By Reuters