By Julian Bovill For Mailonline

Cristiano Ronaldo has spoken for the first time since Portugal’s surprise World Cup elimination at the hands of Morocco.

Morocco became the first African – and Arab – country to reach the semi-finals of the World Cup after beating Portugal 1-0. They will play France in the last four. Ronaldo left the stage in tears.

The Portuguese superstar was benched for the last 16 tie against Switzerland and then again for Friday’s quarter-final loss to Morocco. 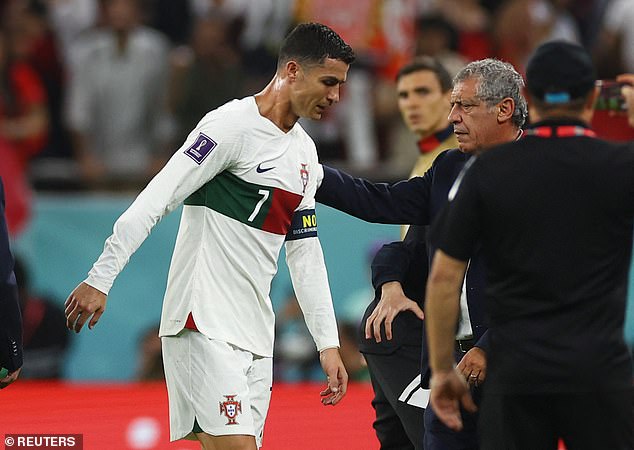 Speculation between the two games had suggested Ronaldo was so unhappy with Fernando Santos’ decision that he begged to be released home.

However, the former Manchester United and Real Madrid forward denied such allegations and issued an emotional statement proclaiming his love for his country.

“Winning a World Cup for Portugal was the biggest and most ambitious dream of my career,” he wrote.

“Fortunately, I have won many titles of international importance, including Portugal, but putting our country’s name on the highest foot in the world has been my biggest dream. 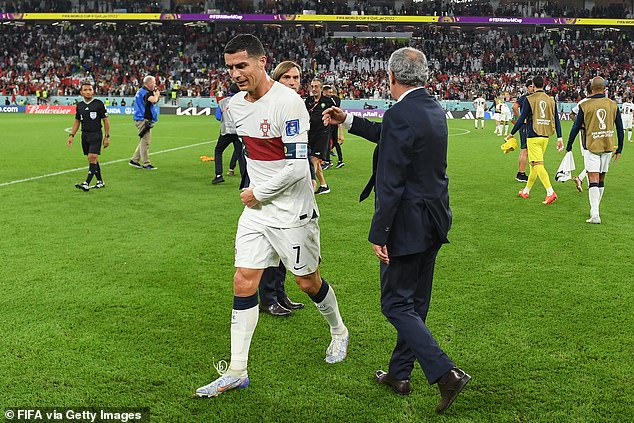 “I fought for it. I fought hard for this dream. In the five appearances I’ve made in 16 years at World Cups, always alongside great players and supported by millions of Portuguese people, I’ve given my all. Leave out everything on the field. I never turned to combat and never gave up on that dream.

“Unfortunately yesterday (Friday) the dream came to an end. It’s not worth reacting in the heat of battle. I just want you all to know that a lot has been said, written and speculated, but my commitment to Portugal hasn’t changed for a moment. I have always been one who fought for everyone’s goal and I would never turn my back on my colleagues and my country.

“There’s not much more to say at the moment. Thank you Portugal. Thank you Qatar The dream was beautiful while it lasted… Now he hopes that time will be a good guide, allowing everyone to draw their own conclusions.’

Ronaldo’s future at the top of the global game is now being seriously questioned. The Portuguese was actually forced to force his own Manchester United exit after being dropped from Erik ten Hag’s first-team. 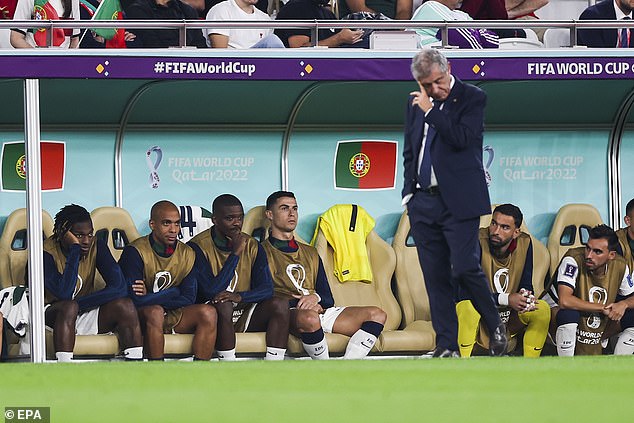 Meanwhile, Fernando Santos hinted at the future of the Portugal national team by not picking Ronaldo for any of their knockout games at the ongoing World Cup.

Santos, who explained how talks with Ronaldo had gone before the game in Switzerland ahead of the round of 16 clash with Morocco, said his most prominent player was not pleased to be told he was dropped – essentially for the time being good of the team.

“So this conversation had to happen,” Santos said as he revealed he had informed Ronaldo in advance he would not be starting. “I don’t do that with all players. But he’s the captain.

“I had a conversation with Cristiano Ronaldo. We talked about the Portugal team but the only conversation I had was before the game against Switzerland to tell him why he was coming on. 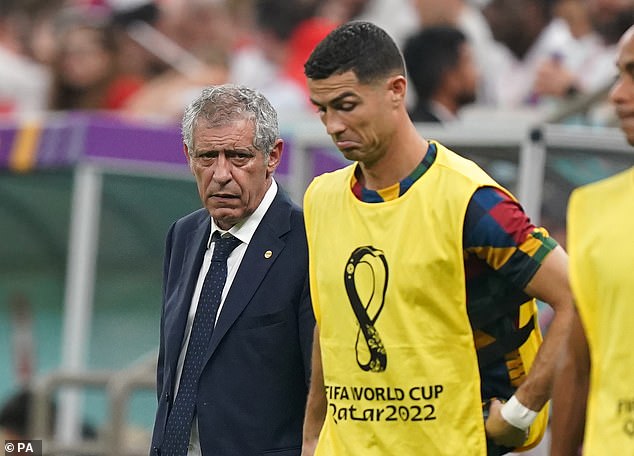 “I told him he wouldn’t start in the round of 16. He wasn’t happy with the conversation, as is usual. But it was a normal conversation, with everyone giving their point of view.

“When a player captains Portugal and starts on the bench, it’s normal that he’s not happy. When I told him I wasn’t playing as a starter, he asked me if that was a good idea.

“Of course he wasn’t happy. But I assure you he never wanted to leave.’

In his post-match interview after watching his side get eliminated by relative minnows Morocco, Santos said he had no regrets about not using Ronaldo.

“I have no regrets (leaving Ronaldo on the bench),” coach Santos told a press conference on Saturday.

“It wouldn’t change anything, in terms of the team, I can’t think with my heart.

“I fielded the team that played really well against Switzerland and there was no reason to change them (against Morocco).

“It’s not that Ronaldo isn’t a great player anymore, that has nothing to do with it.”