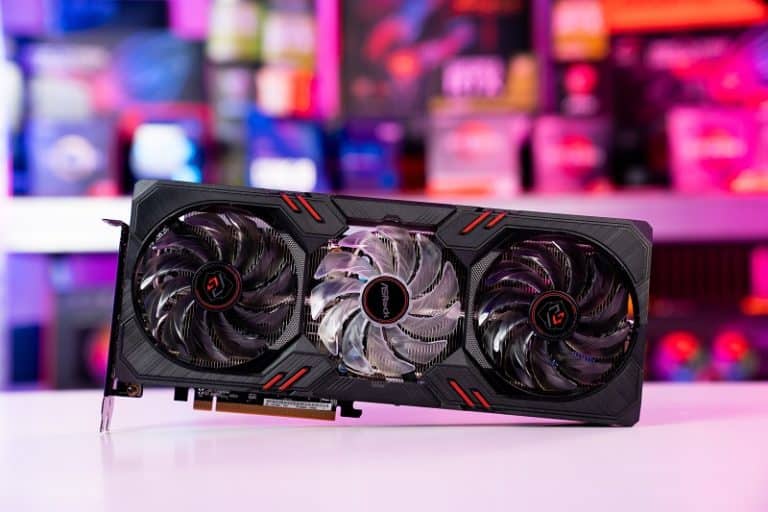 All GPUs need a system to function, that much is obvious, but what isn’t obvious is how much a GPUY depends on the rest of the system for support. It’s very easy to overload your system with ill-suited components.

The Ryzen 5 5600X is one of the best value CPUs on the market – incredibly well suited to the 6600 XT. Its respectable 6-core and 12-thread configuration means it’s capable of slicing through light multi-threaded loads. As well as intense gaming.

The 4.6GHz core speed ensures that the 5600X can handle gaming, as we now know that CPU core speed is directly linked to gaming performance. The 5600X is a great match for the 6600 XT as it literally bottlenecks 0%.

The 5600X really is an efficient beast, the 5600X’s low power consumption makes it a viable choice for the more environmentally conscious gamer. The TDP is 65 W, almost 200 W less than Intel’s flagship Raptor Lake.

With the 5600X, you don’t have to worry about upgrading your hardware. This is because the 5600X belongs to the AM4 socket standard. AMD has been using this motherboard socket for many years and will likely continue to gain support for many more.

We recommended the 5600X as the best CPU to pair with the 6600 XT, and we stand by that. Since the processor we recommend is an AMD processor, you have access to pure AMD software such as SAM. which works best with an all-AMD system.

You could go down the Ryzen CPU catalog, say to a 3600X. However, this leads to bottlenecks.

The 5600X is the ideal processor for the 6600 XT due to the 0% bottleneck between the two components at 1080p. That’s the resolution the 6600 XT is made for, but you can go a little higher with SAM and FSR on your side. You can choose a smaller Ryzen CPU if you’re on a tighter budget, but this creates bottlenecks.

The award-winning PC builder MAINGEAR and the gaming icon shroud

Skytech’s Chronos Gaming Desktop with RTX 3080 graphics falls to a new low of $2,000