A man who attacked police officers and injured three in a suspected act of terrorism early Friday before being shot dead was buried in his hometown of Kafr Qasim on Saturday night, with dozens of locals shouting out chants during the funeral.

Naim Badir’s body was given to his family by Israel after promising a small, quiet funeral of no more than 50 people. Kafr Qasim Mayor Adel Badir attended the funeral ceremony, with participants chanting “Allahu Akbar” (God is Great), according to videos posted to social media.

Police said the incident was a terrorist attack and released extensive video and audio footage from the scene in the Arab city east of Tel Aviv. Badir’s family have nevertheless firmly denied that the incident was an assault and accused the police of “murdering our son in cold blood”.

The mayor previously said: “We have to wait and see the motive [to become clear]’ before it is classified as terrorism.

Police footage begins with CCTV footage of the entrance to Badir’s home, with audio recordings of the phone conversation between the attacker and the officer approaching.

After calling the police to report a seemingly nonexistent domestic violence incident, Badir can be heard leading the officer to a specific location just outside the building’s door. The audio of the call is then cut off and Badir is seen storming out of the building, pointing a makeshift submachine gun at the officer and attempting to open fire at point-blank range.

With his gun obviously jammed, Badir is seen retreating back into the building.

The video then cuts to the officer’s helmet-mounted camera as he takes cover, alerts a police dispatch center of the incident, and calls for backup.

During that time, the attacker threw Molotov cocktails at a police car, according to police. Police said they later found several more incendiary bombs on the roof of the building Badir had called police to.

A car’s engine can then be heard in the footage as Badir reverses towards officers in a car and crashes into another vehicle alongside police, injuring three officers before being shot dead.

A knife was later found in the car.

News site Ynet reported that even after viewing the footage, Badir’s family denied the incident was a premeditated attack, saying the cops should have shot his legs instead of killing him. 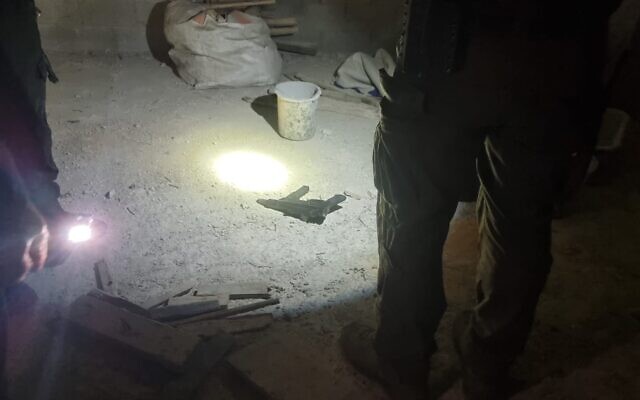 Central District Commander Avi Bitton said after an assessment with various security officials, including the Shin Bet Security Service, “It appears to have been a terrorist attack that was planned days before.” 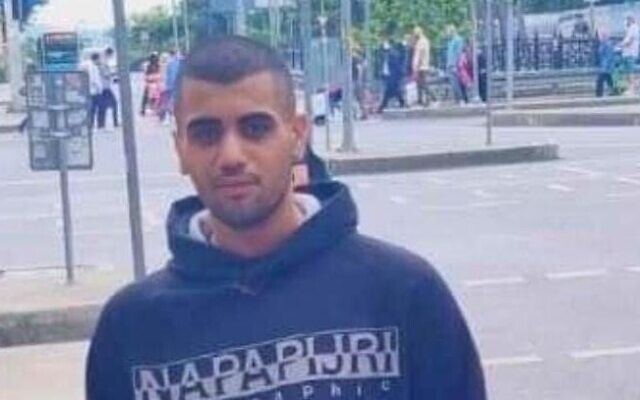 A statement from the family insisted that “our son did not plan an attack. It is a deceptive claim by the police to hide their failure to fight crime in Arab society.”

The incident came amid high tensions and regular clashes between Israeli security forces and Palestinians, with most of the violence taking place in the West Bank. It also comes amid a spate of violent crime in Israel’s Arab community. 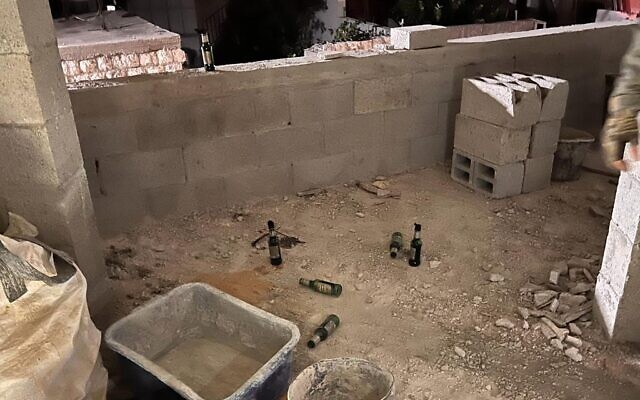 Molotov cocktails found on the roof of a building where an attack on police officers took place in Kafr Qasim early December 23, 2022. (Israeli Police)

Earlier this month, a Palestinian rammed a vehicle into a motorist in Tel Aviv. Police prosecutors said Monday they plan to file terrorism charges against the suspect after an investigation found the motive for the incident was nationalist.

Emanuel Fabian contributed to this report.

Thank you very much,
David Horovitz, founding editor of the Times of Israel

After two and a half months of deadly protests, Iran says mandatory hijab law will be reviewed