There’s another handheld gaming PC on the way. The upcoming AOKZOE A1 handheld is powered by an AMD Ryzen 7 6800U processor with Radeon 680M graphics based on AMD’s RDNA 2 architecture. It runs Windows 11 software, although it should also support the Linux-based Steam operating system. And it features what appears to be a fairly large display surrounded by game controllers.

But who exactly is AOKZOE? It appears to be a sub-brand of the Chinese company One Netbook, which has been making handheld PCs for a number of years.

According to a press release, AOKZOE formed an independent group before partnering with One Netbook, which is responsible for manufacturing the hardware while AOKZOE handles “market development and product design.” But Shenzhen One Netbook Technology Co,Ltd. has applied for a trademark for the AOKZOE brand, suggesting that they are basically the same company.

It’s unclear why the company, which already sells a line of handheld gaming PCs with Intel or AMD processor options, would need another brand to sell systems under it. While One Netbook has confirmed it is I work on handhelds with AMD’s new Ryzen 7 6800U processor, but I don’t think the company ever said it would be sold under the usual ONEXPLAYER brand. 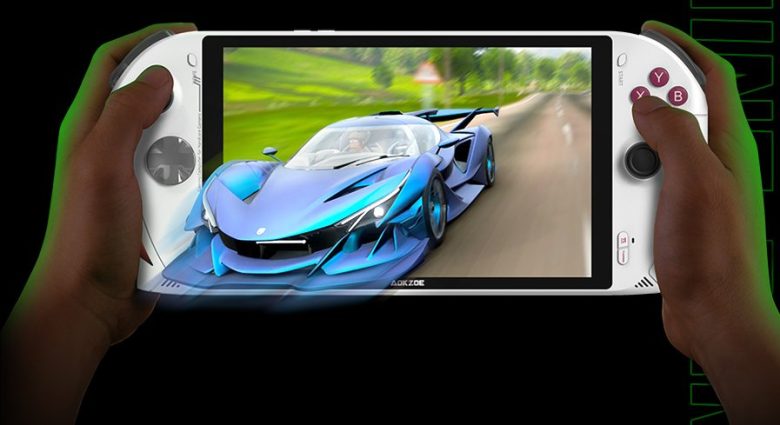 The companies haven’t announced pricing information for the handheld yet, but according to a spec sheet, it will feature an 8-inch IPS LCD display with 1920 x 1200 pixels, AMD’s 8-core, 16-thread processor with 12 RDNA 2- GPU cores.

AOKZOE has also suggested that the system can operate at 15 or 28 watt TDPs, meaning users should be able to configure power levels to prioritize battery life or performance as needed. 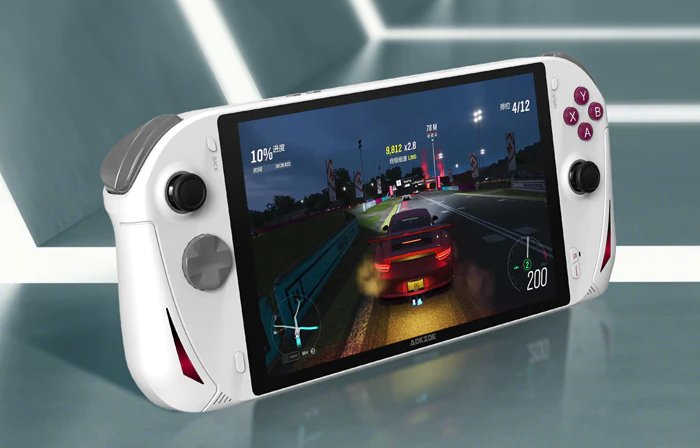 There will be two versions of AOKZOE A1: Standard and Ultimate. But the only real difference seems to be that the AOKZOE Standard version weighs 689 grams and comes with a 48Wh battery, while the Ultimate version weighs 729 grams and has a 65Wh battery.

There is also a built-in stand on the back of the device that allows you to place it on a flat surface with ease.

RGB lighting effects are built into the handheld’s design, and according to AOKZOE, the display supports up to 380 nits brightness and 100% sRGB color gamut. In addition to integrated game controllers, there is a gyroscope for motion control and a vibration motor for haptic feedback.

To update: YouTuber ETA Prime has a first look video that includes some real-life usage tips for the AOKZOE A1. performance looks good. The D-Pad, not so much.

AOKZOE says the handheld is expected to be available for pre-order in July 2022 via a Kickstarter crowdfunding campaign, and the AOKZOE A1 should begin shipping in September. It will join an increasingly crowded handheld gaming PC market where it faces competition from Valve, GPD, AYA, AYN, Anbernic and other companies.

What monitor can I use with the iMac?