‘All I want for Christmas… is my LUGGAGE’: A woman’s £8,000 dream for her 60th birthday is ruined after BA sends her luggage to the wrong airport… then tells her to travel 326 MILES to to get it

By Andrew Chamberlain for Mailonline

A woman’s £8,000 dream holiday to celebrate her 60th birthday was ruined after British Airways lost her luggage.

Susan Dempster and her friend Hilda McDougall, both from Glasgow, landed at Gatwick Airport to be informed by BA staff that their connecting flight to Glasgow had been cancelled.

The friends were offered an alternative flight from London City to Edinburgh and told their luggage would be flown to Glasgow – their final destination.

But after arriving in Edinburgh, the pair were told by staff they could not locate their suitcases – and two weeks later, the luggage is still missing. 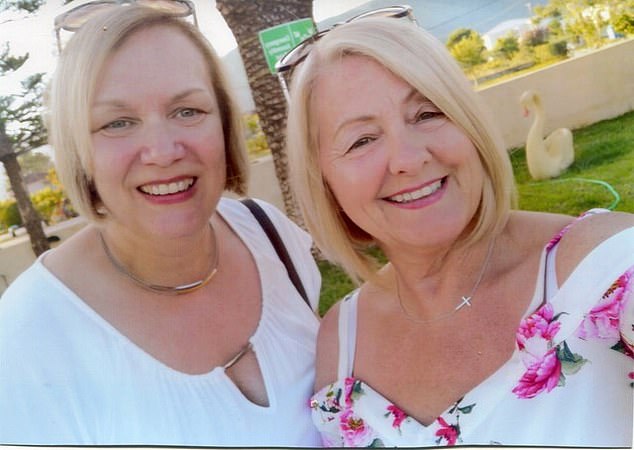 Ms Dempster has made countless calls to BA and received an email from customer service saying her request will be processed within 35 days.

When Ms Dempster told an operator that the trackers in the suitcases showed they were still at the airport, he suggested she would travel 326 miles from her home to pick them up.

Desperate Ms Dempster said: “All I want is for my luggage to be home for Christmas.

“I would have sent Santa a letter but it wouldn’t have arrived on time because the postmen are on strike!

“I really don’t know what to do. I tried to fill in the online lost baggage form but it only accepts my flight details from London City.

“We were told to fill out the lost baggage form when we arrived in Edinburgh but have now been told we should have done so at Gatwick.

“It’s a complete mess. British Airways customer service is appalling and my stress levels are through the roof.

“The stress makes me sick and I can’t sleep.”

Ms Dempster and Ms McDougall flew from Changi to Gatwick Airport on 12 December after a three week holiday cruise around New Zealand and then visited Australia and Singapore.

But her connecting flight from Heathrow to Glasgow was canceled due to snow.

Susan said: “We had a wonderful time but that totally spoiled it.

“This was for my 60th birthday and should be on the bucket list for a memorable vacation.

“We are Executive Club members and have flown BA many times.

“We just want our luggage back. It’s not too much to ask, but we’re not going anywhere anytime soon.’

Ms Dempster emailed the company’s CEO but has still not been reunited with her luggage.

She added: “We could see from the trackers that the cases were still at the airport but the staff there said they couldn’t find them. We just don’t know what to do.’

The suitcases have meanwhile been taken to the Polar Park on the outskirts of the airport.

“I’ve called all the offices and shops in the park, but nobody has our cases,” said Mrs. Dempster.

“I don’t know why they were moved there. It could be where lost and found items are kept, or they could be kept there before being sold. Who knows?

A British Airways spokesman said: “We are doing everything we can to reunite our customers with their delayed baggage as quickly as possible. We apologize for the delay and the inconvenience caused.’

What happens to your travel plans if you get Covid this summer? Tour operators recommend insurance