His name was John Njau Kibue.

He was a 24-year-old from Kenya and worked as a security guard at Lusail Stadium, the site of the 2022 World Cup final.

He fell from a considerable height inside the stadium – some reports suggest he was from the eighth floor – after Argentina defeated the Netherlands on penalties in the quarter-finals on Friday 9 December.

He was treated at Hamad Medical Hospital in Doha for head, face and pelvic injuries and spent three days in intensive care before dying on Tuesday December 13.

His family was informed and then made after receiving questions the athlete and other media outlets later on Tuesday, Qatar’s Supreme Committee on Delivery and Legacy released a statement confirming Kibue’s death.

“Qatar’s tournament organizers are urgently investigating the circumstances that led to the fall and will provide further information pending the completion of the investigation,” it said.

On Saturday, the Supreme Committee’s first statement after it was revealed he had been hospitalized had struck a similar tone. “The host country is urgently investigating the circumstances,” it said.

But more than a week later, as Argentina and France prepare to play the final at the same stadium, there are still more questions than answers about how a second migrant worker died during that tournament.

Kibue’s death came a week after it was revealed that a man – a Filipino named Alex, believed to be in his 40s – had died at the training center used by the Saudi Arabia team during the group stage.

Qatar World Cup executive director Nasser Al Khater responded to a question about his death by telling reporters that “death is a natural part of life” and that journalists should not “brawl” on the subject.

“We’re in the middle of a World Cup and we’re having a successful World Cup and that’s what you want to talk about now?” he said on December 8. 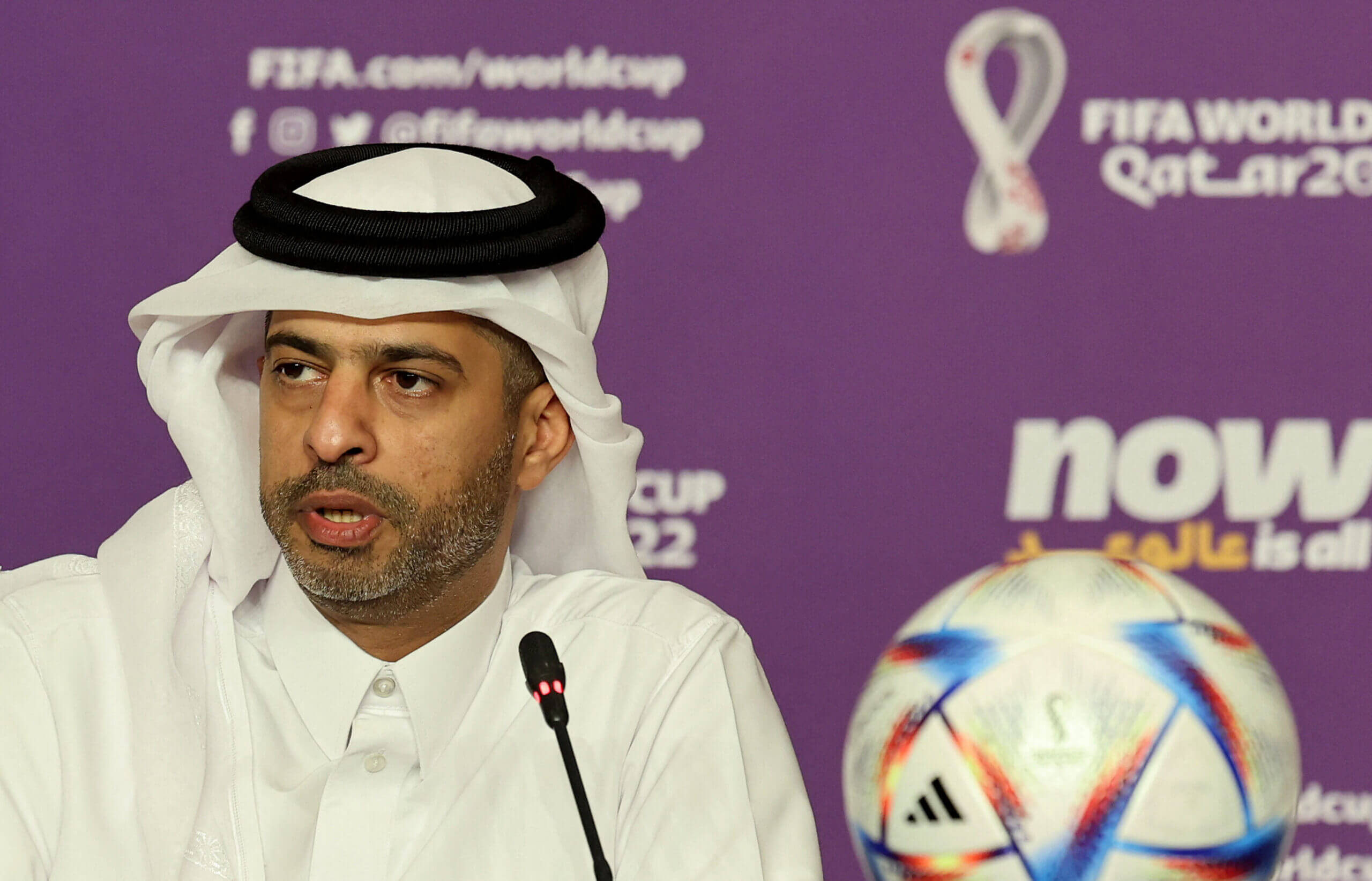 There may well be other workers who have died at World Cup sites or in the wider city in the last month and we may never know who they were or how they died.

Human Rights Watch said the exact number of migrant worker deaths linked to the World Cup will never be known because “Qatari authorities have failed to investigate the causes of deaths of thousands of migrant workers, many of whom are attributed to ‘natural causes.’ . ”

FIFA President Gianni Infantino may think, “Fans just want to spend 90 minutes without thinking about anything else, forget their problems and enjoy football”, but not everyone is so lucky.

A picture has emerged of a young man who moved to Doha in November 2021 to help support his family in Kenya.

Kibue’s mother, Grace Nyambura, told CNN, “He used to tell me mom you helped me when I was unemployed, I want to help you in any way I can, I know you’re praying for me.”

“We are very heartbroken,” Kibue’s sister Anne Wanjiru told Kenya’s The Standard earlier this week. “We want answers about the circumstances of his death. We don’t know where to start. It’s very painful, they should help us.

“We heard he worked long hours. The clarity of how he fell is not coming out… We want justice.”

The use of “they” appears to refer to the Supreme Committee, Kibue’s employer Al Sraiya Security Services and the Kenyan Embassy in Doha, which is aware of the incident and is supporting the authorities.

The Supreme Committee and the Al-Sraiya security services did not respond to inquiries the athlete for an update on the “investigation” into the circumstances leading up to Kibue’s downfall.

Saturday’s Supreme Committee statement said Kibue will “continue to receive his full salary while he receives medical attention,” and Tuesday’s statement added, “We will also ensure that his family receives any outstanding fees and monies owed.” received.”

Lusail Stadium is a beautiful, delicate-looking 89,000-seat area that is particularly stunning when lit up at night in the style of a traditional Arabian lantern, a fanar.

It is located in a new suburb in North Doha, in front of an industrial backdrop with a boulevard full of restaurants and a place for families to stroll at dusk. However, outside of a match day it can hardly be described as a hustle and bustle.

Security forces were on duty outside the stadium this week as preparations were made to host the World Cup final.

A worker said he knew Kibue but could not speak about him. Another the next day said the same thing. A third said they also knew him but had been told not to speak.

Some work for the same company as Kibue. Others spoke of separate incidents at Lusail where workers required medical attention. They no longer know what happened to Kibue or when his funeral might be. They were all understandably nervous about speaking.

You also have an assignment to do on Sunday in a stadium where a colleague died under circumstances that are still unclear.

Have the safety instructions been checked? Have workers been issued new or updated guidance? Have you been offered support?

The Supreme Committee and the Al-Sraiya Security Services did not respond to questions from the athlete.

There was a lot going on in the ‘industry fan zone’ on Wednesday 14 December as France met Morocco in the second semi-final. This is an area for watching World Cup games which is close by where many workers are housed in dormitories of between four and twelve men each.

This part of Doha is called Asian Town. It’s not easy to get to by subway, which transported fans to and from stadiums and the city center during this World Cup, but it’s the place where many workers consumed games. You do not have the necessary “Hayya Card” permission to enter other fan zones.

However, on the first Saturday of the tournament, November 26th, in the Industry Fan Zone the athlete had found that Kenyan workers were the most willing to share their experiences. Many of them had arrived more recently than their Bangladeshi or Nepalese counterparts and seemed more willing to question working conditions and pay. 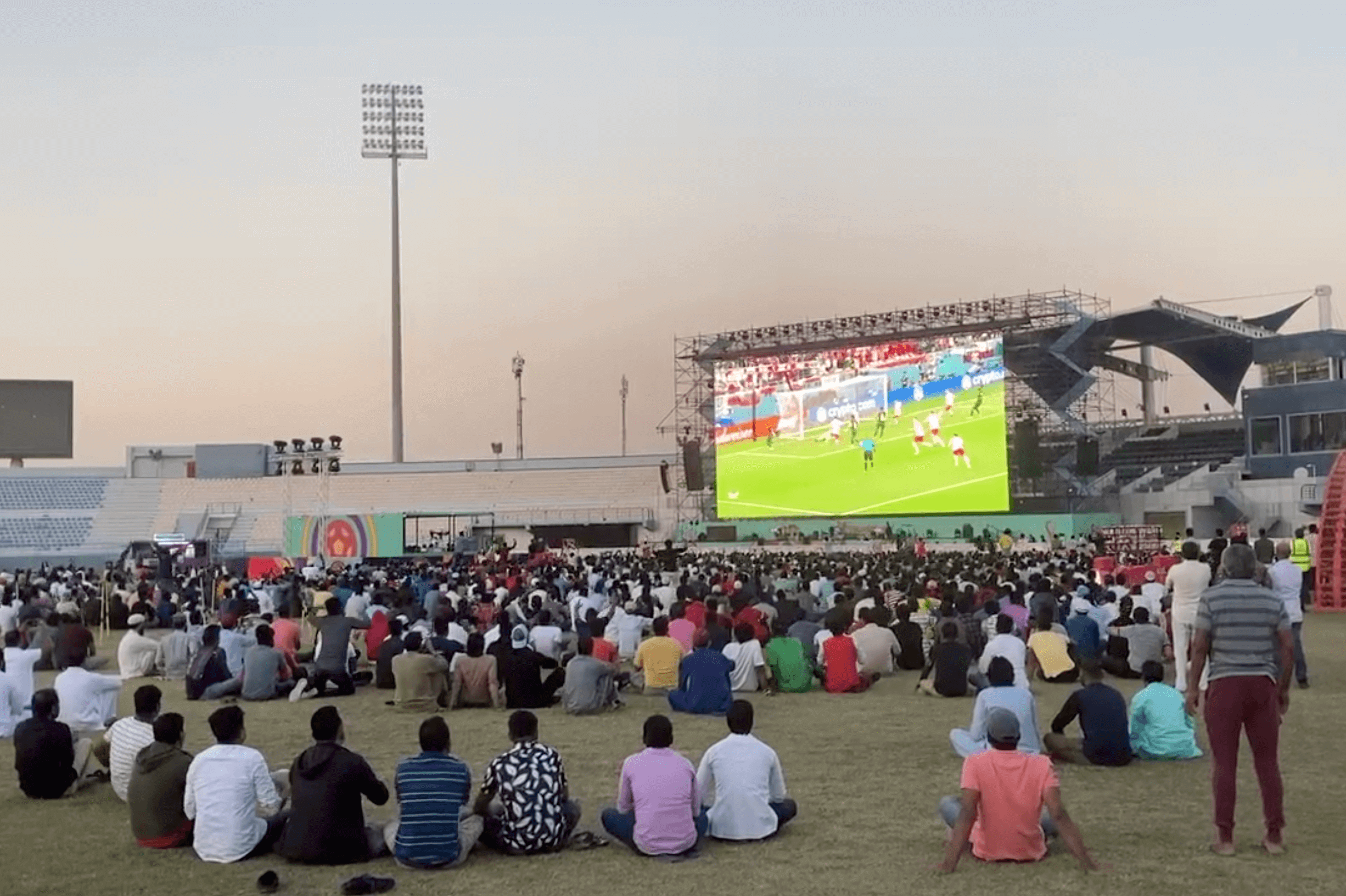 The industrial fan zone in Qatar

Their criticism was more reserved for Kenyan companies, which had exploited workers with the misleading promise of high salaries in exchange for recruitment fees for trips to Qatar. They backed up their complaints with documents supporting their position.

After Kibue’s death, several of these workers turned themselves in the athlete Details of the security company that employed him, as well as questions about the circumstances of his death.

One, who asked not to be named to protect his job, said: “It’s really sad to see such a sudden death of a young man just trying to make it in life. It really strikes me as very strange. I really hope that the authorities will provide clear information.”

Asked if workers believe in a transparent process, he added: “Not really. But I really feel like Kenyans want answers here and at home.”

Read on the athlete…

After 31 years in prison, Nalini Sriharan wants to join her daughter in Great Britain

Railroad unions are hoping Biden will get paid sick days